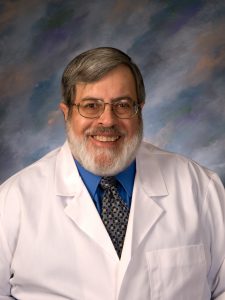 Dr. Edward Capparelli, the medical director of Mountain Peoples Health Councils in Scott County, came to Tennessee in 1993 and for the last 25 years has worked with community health centers in the eastern half of the state:  first, with Rural Medical Services in Cocke County from 1993-2007; second, with Morgan County Medical Center, Morgan County from 2007-2009; and lastly, with Mountain Peoples from 2009 to present.

Dr. Capparelli is a graduate of the Massachusetts Institute of Technology (M.I.T.), Cambridge, Mass. and the Mount Sinai School of Medicine, NY, NY. He completed a residency in family medicine with the University of Texas program in McAllen, Texas., and was board certified in family medicine in 1982 and recertified in 1989, 2006, and 2013. He is a fellow of the American Academy of Family Medicine (F.A.A.F.M). Prior to moving to Tennessee, he served as a medical missionary in Honduras and Nicaragua from 1983 through 1993.

Since arriving in Tennessee , Dr. Capparelli has been actively involved in organized medicine serving as delegate to the Tennessee Medical Association every year since 1994. He has served on the TMA Board of Trustees on two different occasions as well as a member and chairman of the Public Health Committee, the Insurance Issues Committee, and the Judicial Council. He is currently the president of the Roane-Anderson Medical Society and speaker of the House of Delegates of the Tennessee Medical Association. He has served on  the TennCare Pharmacy Advisory Committee since 1994 and is currently the chairman of that committee having been appointed to that position by Governor William Haslam in 2017. He formerly was the state advocacy chairman for the American Heart Association for over 10 years and most recently has been an active member of the Knox Area Drug Task Force.  He has received accolades as advocate of the year for both the American Heart Association of Tennessee and the American Lung Association of Tennessee.  In 2018, he received the award of Physician of the Year from the Tennessee Medical  Association and the Logan Beasley Leadership Excellence Award from the Tennessee Primary Care Association.